Avoid the Sting From a Yellow Jacket

At a quick glance, it’s difficult to distinguish a bee, a wasp and a yellow jacket from one another. Up close you may tell them apart better, but all three will behave differently. There is the slight chance that they will become aggressive, and while each has a different level of aggressiveness, it’s important to avoid the sting.

The German yellow jacket will usually nest in empty areas of structures, like a retaining wall or building void. They will establish colonies in warm, dry weather, meaning they will be more active in the summer. Nests can become large and last into the fall, but in warmer climates they may continue into a second year.

You can normally tell which yellow jacket is a German by where they frequent. By scavenging for protein and other sugary foods, trash cans and picnics attract Germans. These are usually in areas of heavy human activity, meaning they become more of a stinging hazard.

Both types share similar characteristics when it comes to shape and pattern, including the black and yellow striping. However, the German will sport black spots down the sides of its abdomen, and the Eastern is smaller.

Yellow jacket nests are recognized by their paper-like material, which is chewed cellulose. Likely places to find their nests are in the ground, or in cavernous areas like eaves and attics.

Colonies can consist of up to 4,000 workers, which are most active during the late summer and early autumn. There is only one queen in the colony, and the queen is the only one that will live through the winter to begin a new colony the next year.

Yellow jackets are extremely territorial. They may be slow to sting, but when the entrance to their nest is approached or disturbed, they will become quite aggressive. Be careful around nests, as they sting repeatedly, causing allergic reactions. Yellow jackets and other stinging insects send over 500,000 people to the emergency room each year.

You can prevent yellow jackets from being a threat to you and your family by removing your garbage frequently, keeping your trash can covered, and being sure that the doors, windows and screens of your home are in good condition. When outside, avoid sweet smelling perfumes that may attract yellow jackets.

Because of their aggressive nature and tendency to sting, removing a nest should be left to the professionals. When you find increased yellow jacket activity near your home, contact the pest control specialists at Van Den Berge Pest Control at 616-392-7367.

Trust the locally owned, widely renowned experts at Van Den Berge Pest Control for all of your pest needs. With over 100 years of combined experience throughout the Holland, MI-based pest control team, you know you’re in expert hands with our state-certified experts. 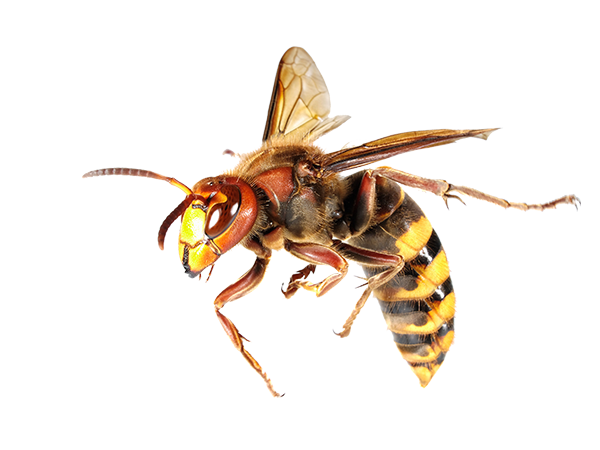